KX700MPG, the Long-Awaited Mac-Specific Version of the Logitech MX KEYS MINI Series, is Released｜Review of its Usage

The price is 15,950 yen (including tax) on the direct sales site, which is rather expensive for a pantograph keyboard.

Some of them wanted US layout, so they imported the US layout of MX Keys Mini and used it. (Only JIS model is sold in Japan)

The rough specifications are equivalent to those of the MX KEYS KX700, which has been on the market for some time.

Logitech has been vigorously introducing new products since June 2022 and has been quite aggressive.

In this article, we will review the MX KEYS MINI for Mac with our actual use of the KX700.

He launched his own media as a site operator and web writer, and now plans and manages multiple corporate media. He often types heavily in his work, and in his search for greater efficiency, he became addicted to the keyboard swamp and established “GreenKeys”. 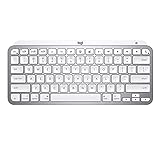 Finally, the MX KEYS MINI will have a “US layout” model with Mac-specific keytops.

Unlike Windows, many Mac users use the US layout.

Since the MX KEYS was announced and the “for Mac” model was lined up after CRAFT’s appearance, the ” MX KEYS for Mac” is a very popular model, partly due to the limited availability of third-party Mac-sequenced keyboards.

However, the It is true that many people say that a “full-size keyboard” with a numeric keypad attached is difficult to use because it is long and takes up a lot of desk space. It is true.

The “MX KEYS MINI” was introduced in response to such requests MX KEYS MINI became popular in the blink of an eye.

MX KEYS for Mac is going to be a hit!

Changes from the standard model｜Differences in key layout

In Japan, the regular model is “JIS layout only”, so when compared to the Mac-only US layout model released this time, the key layout of the bottom row is significantly different.

Also, although it is a point not visible from the surface, the Bluetooth connection seems to have been customized to improve stability on Macs. (Reference: Mynavi News)

The author also uses MX Keys Mini regularly on his Mac, but sometimes had problems such as input problems that could not be resolved until the connection was disconnected once, or the device was recognized as a US layout even though it is a JIS layout.
Glad these could be eliminated!

Changes from the standard model｜Accessory USB cable has been changed.

This is probably in line with the USB Type C specifications of most current Apple silicon-equipped Macs.

Logitech FLOW is of course available

The Logitech MX series includes a feature called “Logitech FLOW ” that allows users to share a mouse and keyboard as well as transfer data between multiple devices.

Of course, this functionality is carried over to the MX Keys MINI for Mac.

Note that if the backlight function is turned on, the period is reduced to 10 days.

The Mac has a storage encryption feature called “FILEVAULT” that prevents password entry at the login screen except for USB-connected keyboards and Apple’s genuine wireless Bluetooth keyboards.

FileVault is an encryption system available on some Mac computers. Enabling it may prevent Bluetooth devices from connecting to your computer if you are not already logged in; it is recommended that you purchase a compatible Logi Bolt USB receiver if you wish to enable FileVault.

Therefore, to log in using MX KEYS MINI on a Mac, one of the following three methods must be used.

I have the FileVault feature turned off because I have multiple keyboards connected to my Mac.
However, if you do not connect multiple keyboards, the safest method is to “use a wired keyboard or a genuine Apple wireless keyboard after logging in.
If you only want to guarantee the connection of the MX KEYS MINI, it would be easiest to use the Logi Bolt.

Typing video by the author.

At this volume, even a quiet office will have no problem.

The MX KEYS MINI has a full-size key pitch of 19 mm, which allows typing with the same feel as a regular full-size keyboard, resulting in fewer typing errors.

In addition, the ” isolation design ” with independent keys and the “spherical design ” with the depressed center of the key tops also contribute to ease of typing.

In addition, the pressing pressure (strength when pressing down) is set slightly “heavier” than that of a normal pantograph keyboard, which is closer to the image of “pressing in” rather than “inputting by touch,” so it can be recommended for users who prefer more accuracy rather than feather touch.

The key tops and backs of the keys are illuminated by a white backlight for excellent visibility in the dark.

The backlight has seven brightness levels to choose from, and it also has excellent sensor functions, such as glowing when the hand is in close proximity or in response to ambient light.

The MX KEYS MINI can be configured with various user settings through the dedicated application “Logi Options/Logi Options +”.

The above has been explained about the MX KEYS MINI for Mac KX700MPG with Mac specifications.

If it is this thin and more solid than conventional Macbook typing, we recommend the “Tongshi Style” for carrying it around and using it on a Macbook.

The style in which an acrylic plate called a ” keyboard bridge ” is placed over the Macbook keyboard, and your favorite keyboard is placed on top of it, is called the “Tongshi style. 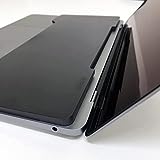 Although it is proper etiquette to place the “HHKB” in the takanshi style, I personally believe that a thin keyboard with fewer steps is more suitable for this purpose.

You will have more luggage, but you will definitely work more efficiently.

We hope it will be a great addition to your creative endeavors! Consider buying the MX KEYS MINI for Mac!